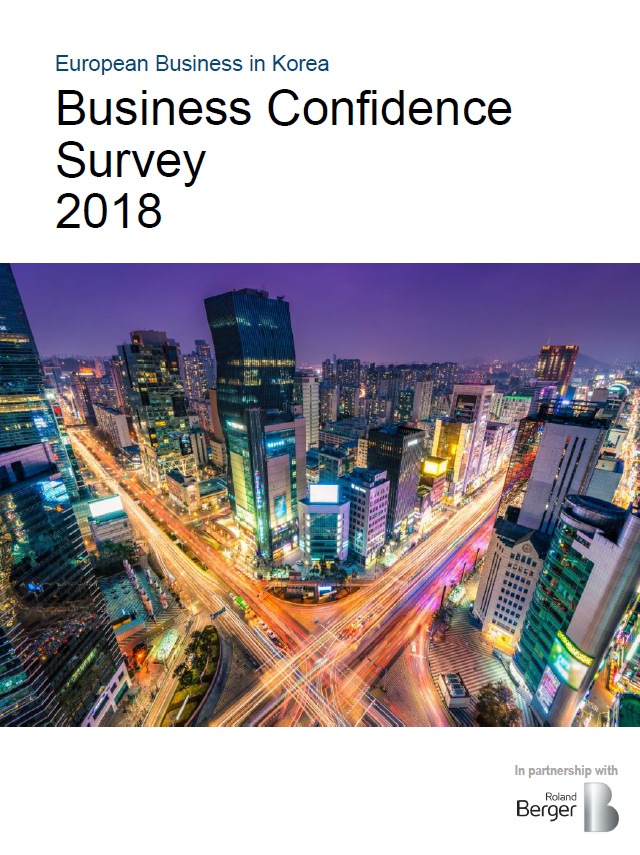 European national chambers and business councils in Korea released the results of Business Confidence Survey 2018 on March 8, 2019. European company executives, representing over 38,000 employees and a total turnover of EUR 36 billion (equivalent to KRW 47 trillion), participated in the survey. The company profile included various industries, diversely ranging from services to manufacturing to provide an unbiased viewpoint. Of the respondents, close to 70% have operated in Korea for more than a decade. Since 2014, the Business Confidence Survey has been conducted to take an annual snapshot of European companies’ perceptions towards the business environment in Korea.

In partnership with Roland Berger Seoul, 12 European national chambers and business councils in Korea collectively organized the survey. The European chambers hope the survey serves as a useful tool for business people and policy makers to make future forward decisions for the mutual benefit of the Korean and European businesses.

The results of the Business Confidence Survey 2018 can be found on websites of the participating European Chambers and business councils.

The meaning results are following:

President of the Spanish Chamber of Commerce in Korea: “Let’s open a new path of cooperation between Korean and Spanish companies”
03/30/2020
Go to Top